We have worked for several years with St Johns in Nottingham and were commissioned to reimagine their prospectus in 2015. The relaunch of their prospectus was to accompany radical changes made at the theological college and the brief was to reflect the new look of St Johns, making a significant step away from the previous visual identity.

We began by looking at the identity of other theological colleges as well as other leading UK universities to ensure the concepts were going to be both cutting edge and clearly identifiable from their competitors.

The final designs – using a strong diagonal composition also used a more unusual landscape layout. The prospectus also worked as a folder to contain inserts on individual courses and specific aspects of college life, having a pocket on the inside back cover. The inserts were designed in a complimentary style and clearly colour coded. Two examples are shown at the bottom of the page. 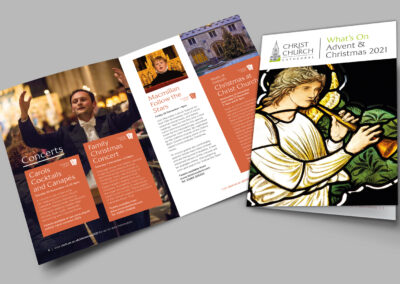 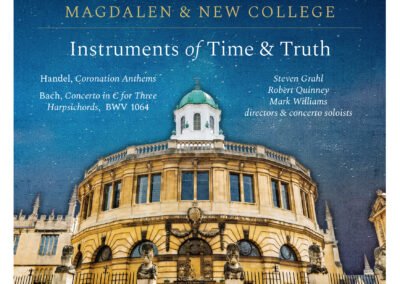